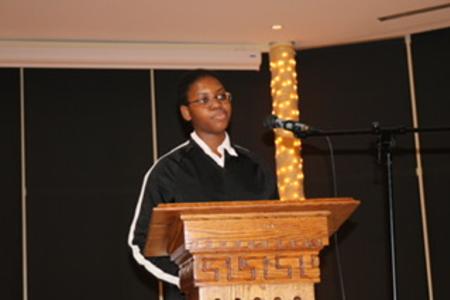 Abena Ann Forson is a 15-year old student who was born into a family of scholars, educators, and activists. She currently attends Charis Center co-op where she is homeschooled. Abena has had a varied background involving the arts and humanities. In elementary school at Vansville, she was a finalist in the school spelling bee. While there too, she excelled in academics, maintaining a place on the honor roll. She also played the flute. Abena and her mother started a Brown Girl Book Club for 4th and 5th grade girls. The summer preceding her 5th grade year, Abena Ann had a starring role in a short film titled childproof, where she played the role of a young girl who dies at hands of gun violence. For 6th grade, she attended Martin Luther King Middle School. While there, she continued to excel academically but also joined the cheerleading squad. Off-campus, she continued to play soccer for the Greater Laurel United Soccer Club. At the end of her 6th grade year she auditioned for and was accepted to the Performing Arts Program at Hyattsville Middle School. Abena received her performing arts training primarily at the Maryland National Capital Park and Planning where for three years she performed in four different plays, starring in difficult capacities. In 2016, amidst several life challenges, Abena Ann continued to shine! She joined a traveling competitive soccer team and continued to perform theatrically. In spring 2017, Abena Ann participated in My Girlfriend’s House Mentoring Program - http://www.mygirlfriendshouse.org/. This Capital Heights Program is designed to empower girls “to innovate, to lead, and to serve.” The culminating activity asked students to create a business plan after months of planning. The students showcased their work at a Teenpreneur Business Expo at the Washington Convention Center where guests purchased "seed money." Visitors were encouraged to visit the booths of 8 entrepreneur  teens where they "invested" the seed money into the business ideas they found to be the most innovating. By the end of the expo, the top 3 businesses to have raised the most money proceeded to compete in a shark tank event, where they pitched their business ideas to a panel of seasoned business professionals. Abena Ann was the overall winner having pitched her idea of a “Beautiful Faces Wake Up Positivity App.” Spring 2018 found Abena Ann as a member of the Main Attraction Divaz Dance Team. She also took up modeling and acting training with John Casablancas. In March 2018, Abena participated in “March for our Lives” in Washington, DC where she was interviewed by The 74, a non-profit, nonpartisan news site covering education in America

I am a sixteen year old Junior at Laurel High School in Prince George’s County, Maryland. I am the middle child of six, with siblings ranging from 6 to 25 years old. I started writing poems when I was in the 8th grade, thanks to the encouragement of my English teacher at the time, Mr. Gallant. Writing helps me to release feelings and process things that I’m going through, such as losing my mom to breast cancer in 2017. In addition to writing, I enjoy dancing, drawing with markers, and playing soccer, basketball and video games. As student, I have maintained a 3.9 cumulative GPA in high school, making Honor Roll and Principal's Honor Roll every quarter. I’m also a proud member of my school’s ROTC.

Imani West is a 16 year old student at Bishop McNamara High School’s Class of 2020. Imani is a motivated, intelligent, and goal-oriented student who demonstrates a strong work ethic, creative ability and a desire to serve the community.  She has been a DC Inroads College Links scholar since 2017, where she works with STEM mentors, participating in leadership building activities. Imani has opened for Sonia Sanchez at Bowie State University, and participated in the “Finding Our Voices” poetry workshop with Nikki Giovanni in 2014. She has extensive leadership experience working as a Dance Teacher for Ebenezer United Methodist Church & at Pickett Fences Senior Services. Inc, among other places.  Extremely active & multi-talented, Imani has performed with the world-famous Step Afrika Dance Troupe, as well as participated in the Piano Olympics Theory Masterclass with Famous Russian Composer Alexander Peskanov. Imani is widely known to be a compassionate, resilient & imaginative young lady, and a terrific Youth Poet Ambassador.

My name is Jaylon Hagler and I am a 17 year old poet from Oxon Hill. For 6 years now I have done poetry and it has done so much good in my life. I have been able to express love, joy, sadness, fear and even anger in ways I didn't think possible. I do not compete often but I love coming together with people who love to write no matter what it is whether it be spoken word, song, poetry or stories and share words with them. Since I became a youth poet ambassador, I have gotten an even larger drive to just write whenever my mind is flooded with words and emotions. Poetry has become an important thing in my life and I am glad to continue doing it for years coming

My name is Kaliyah Greene and I am 15 years old. My birthday is July 31st, which is great because I’m a big Potterhead. I went to Baltimore International Academy and studied Chinese for around 6 years. I am pretty fluent, but don't count on me to know where the park is! For middle school I went to Cross Country Elementary Middle school, which is a stem school around Pikesville, Maryland. I Iive with my mom and it’s been that way ever since I was born. I do have two sisters, but their my half sisters and live with their moms so I don’t see them often. I am a sophomore at Parkdale High School and for my first year of attending, I have enrolled in the Pre-IB (International Baccalaureate) program, became the Secretary for the Class of 2021s’ SGA, and became a member of the Lyrikal Storm club. For my sophomore year, I am participating in Drama Club and the Band Secretary! During the summer, I participated in two summits for Leadership Initiatives at Georgetown University! The first summit was the Law summit in which we were given a real case with a real defendant and had to gather all the evidence in their favor. The second summit was a medical summit, in which we could go to Howard University and go to their medical building and learn from their simulations! I also helped my aunt with her daycare children after the summits ended! I have been doing poetry for a few years now. The first poem I ever made was pretty morbid, as it was for my grandmas’ funeral. She was the warmest, sweetest person you would ever meet and I wanted to portray that in my writing, but I was ten at the time, so I couldn’t use many big, tasteful words to describe her; but ever since then, people seemed to want me to write more, whether it be stories, poems, lyrics, anything! That gave me the courage to do so many things. I also like to believe that my writing helps people, whether it cures a bad day, or it’s super relatable because all I want is for people to be happy, and in this world it’s a hard thing to be. My writing is a mixture of things. Diverse, I like to think. Some of my writing is more fantasy and not related to me whatsoever. While others are my emotions and feelings and thoughts and just a raw me. All my hardships, what I wish to become, what I really am, and just the realest me I could possibly me!

My name is Nala Washington and I attend Suitland High school. I enjoy the arts very much and there's no other way I would have it. Aside from poetry I am in the Suitland Center for the visual and performing arts program. I am there for band and I play the trombone for concert and jazz band. I have participated and many honor bands at colleges such as Maryland an Towson for examples. Outside of school I sing at The Soul Factory Theater and Church on the praise team. I also help out with children's church and help put together lessons for the kids to bring them closer to God. I use the arts majority of the time to teach them this. I am also apart of a Kaiser Permanente Youth in Action which is a community based project that is based around learning about RFP's and grants. We're going to choose a challenge in the community and based off of that find an organization to give the money to make this happen. We're also learning photovoice from this experience and I am one of the ten people apart of this project. I am also a newly member of the National Honor Society Thomas V Warthan Chapter. I am debate captain and co captain of a poetry group entitled New Philosophy of Urban Tongues or NPUT. Aside from all these activities and things I love to do, I also enjoy Disney literally any type of Disney, eating, and like any teenager sleeping. Out of all my activities I enjoy poetry and writing the upright most because poetry heals the wounds inflicted by reason and everyone now knows how you feel because it's put on display for others to feel and experience how you're feeling if not already. Because how I like to say; no one ever asks a museum if it's ok.

Naturally gifted with his words, Noah Hinnant is an outstanding poet, debater, actor, and even a published author. Reaching milestones in every task he takes on he's reached the national competition in debate and was the mentor for the poetry slams held at Largo High School. Noah often volunteers at his old middle school to direct and assist in the annual talent show. Starting at a very young age, Noah has performed in several plays and shows acting, dancing and even singing. An athletic talent, Noah was also the captain of both the soccer and baseball team at LHS leading them both into the playoffs. 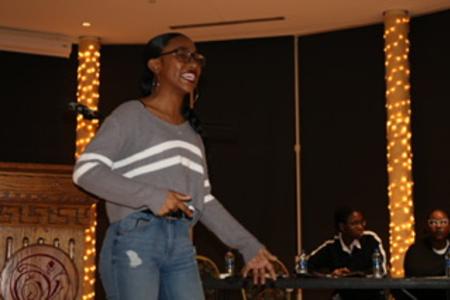 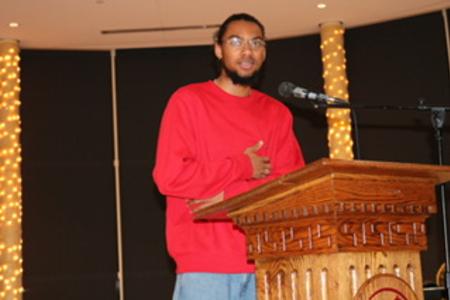 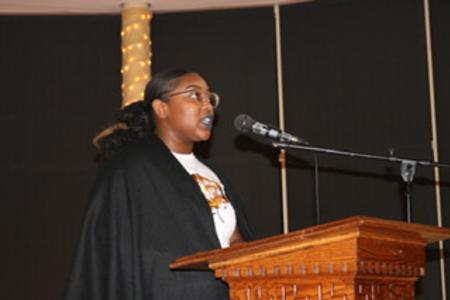 
There are many things I enjoy. I like video games I like to draw and I really wanna make a career from my creative Youtube videos where I combine images with words. I have my own youtube channel were I upload animations and gaming videos.  I am very active and imaginative.  I play basketball for my church league & I am very happy to be a poetry Ambassador 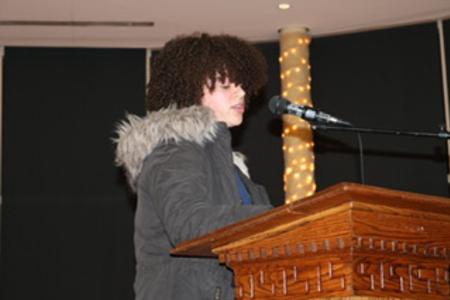 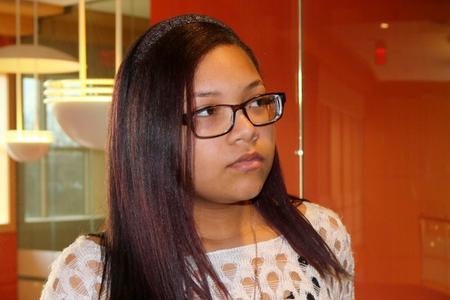 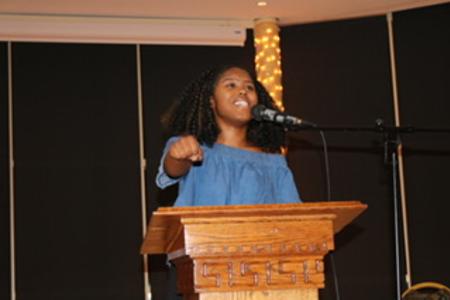 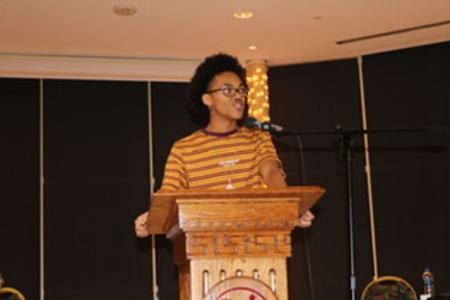 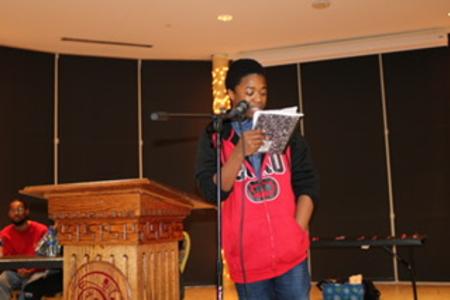