Jordan Nicole Culmer attends the Vocal and Performing Arts Program (VPA) at Northwestern High School.  She has written numerous songs and performed one in the 2019 Xtreme Teens Vocal Showcase at the Bowie Center for the Performing Arts.  She is a recipient of the Dr. Joan Hillsman music award for her participation in the annual Dr. Martin Luther King celebration at New Southern Rock Baptist Church, “A Day On Not A Day Off” program. She is currently the 2020 Youth Ambassador for District Heights.
Jordan is interested in becoming a youth advocate because she believes she can make a difference. Jordan’s role model is her great-grandmother, who she affectionately calls, “Granny Butterfly. 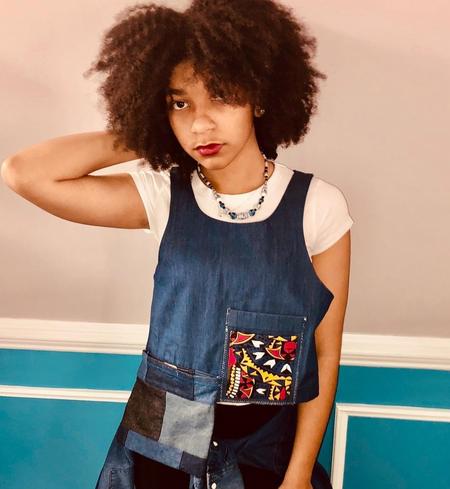 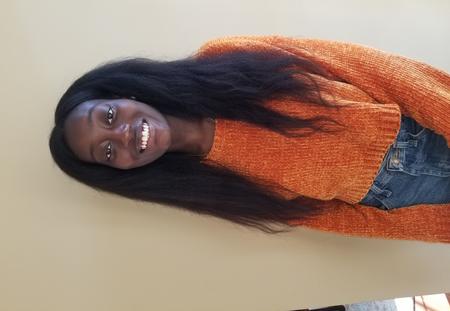 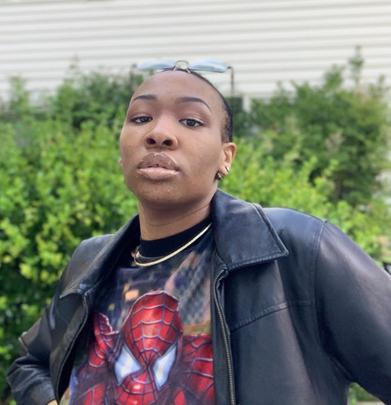 My name is Kaliyah Greene and my birthday is July 31st, which is great because I’m a big Potterhead. I went to Baltimore International Academy and studied Chinese for around 6 years. I attend Parkdale High School and for my first year of attending, I have enrolled in the Pre-IB (International Baccalaureate) program, became the Secretary for the Class of 2021s’ SGA, and became a member of the Lyrikal Storm club. For my sophomore year, I am participating in Drama Club and the Band Secretary! During the summer, I participated in two summits for Leadership Initiatives at Georgetown University! . My writing is a mixture of things. Diverse, I like to think. Some of my writing is more fantasy and not related to me whatsoever. While others are my emotions and feelings and thoughts and just a raw me. All my hardships, what I wish to become, what I really am, and just the realest me I could possibly me! 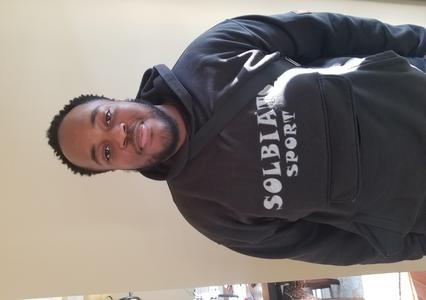 Born in D.C. and raised in Maryland, I am a Nigerian American, you see, two-thirds of the beloved DMV. As someone who has struggled with their identity through self-belittlement and the struggles of living in America with African culture. I consider myself to be more of a creatively-rounded person rather than someone who is mathematically or scientifically proficient.  Won First Place in the 2018 Dr. Jean Mosee Young Writer's contest - Won First Place in the Eastern Area of The Links, Inc. 2018 Young Master Writers Program Competition - Have recited by original collection of poems at Howard University on two separate occasions - Voted Student Choice Winner of PG County's Project Soapbox event - Gave an original spoken word in the Newseum in D.C. and was recorded and filmed by C-Span - Won second place in Maryland's 2019 Congressional Art Competition (which you may see several articles on by looking up my first and last name) - Met with Congressman Steny Hoyer to explain my artwork which was my own version of Royalty of the Igbo Tribe.

I was born on April 16, 2004 to two loving parents and an older sister. My pen name is Joy Bosley ( with Joy being my middle name). I tend to write poems about social issues and to help other people with their own struggles. I also write to help myself through my own personal struggles. I especially write about mental health. My pen name is Joy Bosley mostly because I want to give people happiness through my writing. I not only love poetry, but I love music. I play piano, guitar and flute. I also write songs and sing. A few people who inspired me to write poetry are Rupi Kaur, Edgar Allen Poe, and Maya Angelou. A few people who inspired me to do music are Alicia keys, Prince, Tori Kelly, and BTS.

I have been writing for five years and I am the president of my high school’s poetry club.  I am encouraged to write through hearing that my poems have helped people to find the words to describe how they are feeling. Poetry has taught me again and again that I am not alone in what I go through and it gives me strength. I have been published in the creative communications and accomplished poetry anthologies and I am working on being self-published in the near future. I also have performance experiences at local area slams and open mics, and have performed in the louder than a Bomb poetry circuit with my high school slam team. Aside from poetry, I express my creativity through other mediums such as fashion design, modeling, rapping, and photography. This year I am a dual enrollment student at PGCC and a Creative Works intern at Joe’s Movement Emporium where I am studying theatre production and digital media. 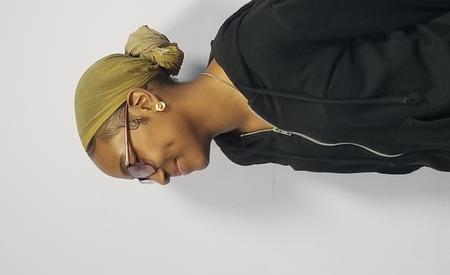 -I’m Shemar Cooke, I’m 18 years old attending Parkdale High School and the Riverdale, MD Youth Ambassador.
-I’m a member of Lyrikal Storm, spearhead of the fine arts department and starter on the varsity football team
-I’ve been a proud member of Spirit of Faith Christian Center since I was six years old.
-I was a member of my previous school’s (Archbishop Carroll) choir in my freshman and sophomore year. While there I also performed at multiple open mics across the DMV and was apart of the Omega Psi Phi Talent Contest.
-My biggest influence would have to be life itself. Everything that makes me happy, sad, excited or angry has influenced me and my writing.
-The biggest issue I hope to tackle is mental health awareness amongst youth and adults. I hope to one day even start my own program based on this topic built especially for people involved in sports, fine arts or any other passions in their life.

Attended Duke Ellington School of the Arts for the instrumental department, Cast in two FBCG productions (“Witnesses to the Cross” and “Uncut”), A member of the youth poetry group youth poets against hunger, A youtuber, Songwriter, Apart of the Unashamed praise and worship team at FBCG, Vice President of Largo High schools’ modeling club, sang in the Howard County’s children’s choir, also takes part in Family business, “Curvy Stylez” 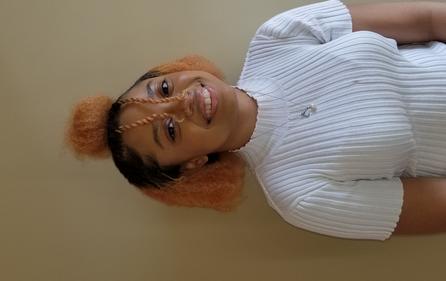 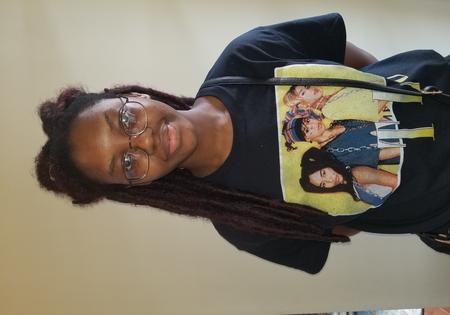 I am a part of the National Honor Society within Suitland HS. I also love writing poetry and am advocating for a poetry club at Suitland. I am captain of the debate team, I volunteer with my church to teach children about God and the bible, and I also sing at my church every Sunday glorifying God. I am also a part of the Central and Visual Performing Arts program at Suitland where I participate in the concert and jazz band where I play trombone. I also have had experience writing in an internship for the RaiseMe website as an editor. I also have danced at my church and at Dance Expressions dance studio. 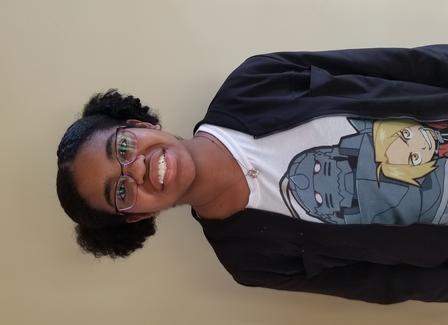 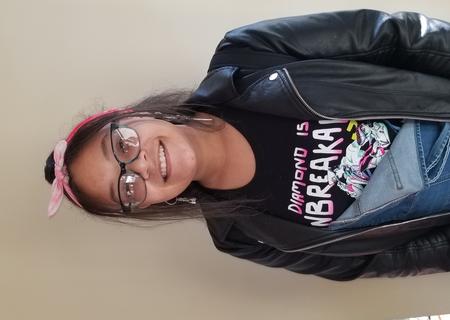 Demari Kline is a 17 year old senior at Frederick Douglass High School, Upper Marlboro, MD. She is very involved in her school community through athletics and activities. In addition to being on her school’s volleyball and track & field team (indoor and outdoor) Demari has been inducted into the National Honor Society as well as been an officer for Student Government Association and Peer Leaders. She participates in the Freshh Inc. Theatre Company in which she performed an original rap at DC's Kennedy Center.  Demari is a freelance photographer and plans to pursue a degree in visual arts. For the last two years, Demari has placed gold in the local ACT-SO Competitions in the oral and written poetry categories. She was also one of the few selected to attend the Hollywood Arts Intensive sponsored by ACT-SO where she was able to attend the NAACP Image Awards. Demari is determined to use her art and career to make a positive impact on others whether it be just one or thousands 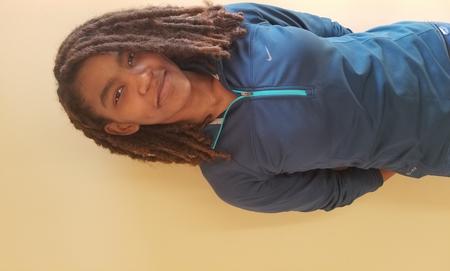